The Gold Rush brought many to settle in Blaine. This historic building was believed to have been built by a company in California and later served many businesses.

In 1858, gold was found on the Fraser and Thompson Rivers in southern British Columbia, Canada in 1858. This led thousands of people to move up north and many settled in Blaine.

Two settlements were born in the summer of 1858, both were called Semiahmoo. One was on the Semiahmoo Spit, and the second where Blaine is today. Houses and a hotel were built. As long as there were miners, there were buildings beings built and businesses being opened.

As the settlements grew, there was yet another discovery of gold in 1896. But this time it was in Klondike, Alaska. During this time, Blaine saw more people coming through on their way during the Klondike Gold Rush.

It is believed that the City of Paris Company of California built this building during the 1858 Fraser River Gold Rush or 1896 Alaska Gold Rush.

In 1907, Seymour Cogswell purchased the ‘City of Paris’ store at this site which he operated until 1919. (From his obituary in the Blaine Journal, 1919.)

In 1951, a married couple, Al and Virginia Dohner operated a beauty shop where they styled hair. At one point, the front of the building was used as a lingerie boutique and the basement was used for shooting. County law enforcement, locals and Boy Scouts were allowed to practice their aim. This was closed when the Custer Gun Club was opened in 1966.

From 1966 until 2000, Melvin W. and Wilma L. Hollinger used the building for their real estate business. During some of these years, the Whatcom Community College used a portion of the building as a satellite facility.

In 2016, the building was sold by Hollinger Trust to M.L. Holdings, which is now owned by Peter Gigante of Bellingham. The structure was carefully demolished down to the original foundation which was integrated with a new 12 inch thick reinforced concrete slab. Steel columns & beams support a new wood superstructure. However, much care was taken to remove and reuse as much of the original building as possible.

Structurally the building is new, but the visible interior décor is dominated by old-growth wood floor planks and wood siding for interior walls. Old beams and joists were redeployed in stair treads, trim, rails, and banisters. Original saw marks and spike holes can be seen on wood finishes throughout the building. Also discovered was a decorative tin ceiling that was hidden under layers of subsequent ceiling finishes added over the decades. It now adorns the front entry hall.

In 2019, two tenants (Kaisacole Seafood Market and Drayton Harbor Oyster Company) leased the main floor. The building also has three modern, harbor view apartments (1 in the basement and 2 on the second floor). 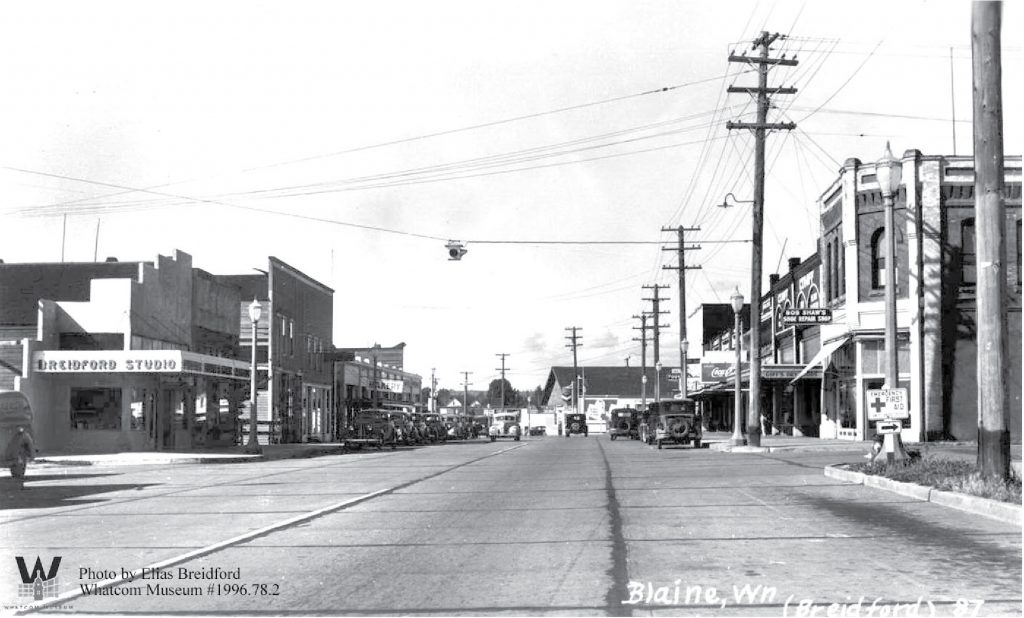 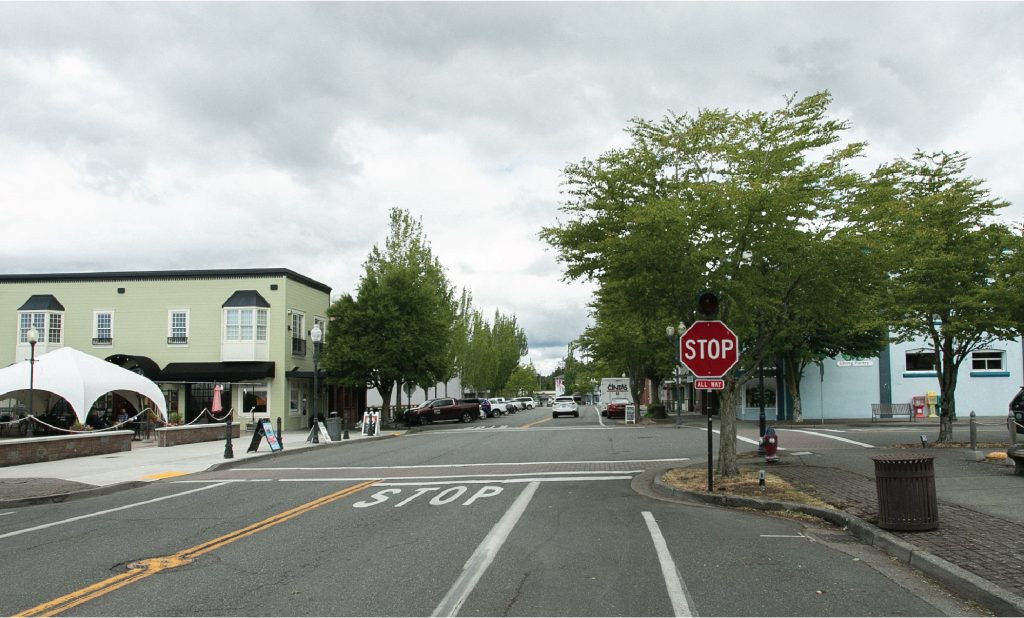